Build 10 adds the ability to upload images to reference from your posts and also various and sundry fixes. The most noticeable is the new post layout. 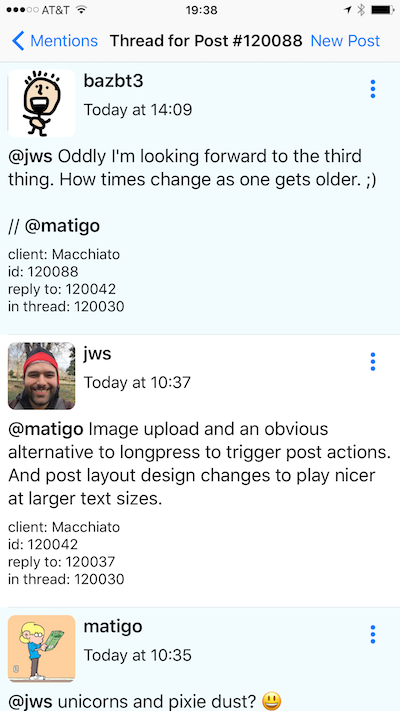 The largest improvement in a sense is one you'll hopefully never notice: the app does its best to show something for every post it gets from 10C now, and even if that fails, one bogus post won't prevent showing all the other, perfectly fine posts.

This should close out the "Cappuccino and Macchiato are both showing no posts" incident from about a week ago. It might mean you end up seeing some grody HTML if things go badly, but you shouldn't find yourself locked out from seeing Global again.

This build mainly fixes a lot of the ugliness around log-in. This has been a pain for everyone who's signed up for beta testing to date, so thank you all for fighting through it!

I think this will also fix @der_jeff's issue with not being able to post at launch.

Build 7: Load ALL the images

Build 7 fixes those unsightly blank squares. It also improves post rendering by combining styles, so bold-italic shows up as such rather than either bold or italic.

Thanks to @phoneboy for the push to ship this sooner rather than later. :)

Paragraphs are more distinct within posts, and each post has a suite of tappable links and images following it. You probably won't need to use that "View in WebView" action again any time soon! 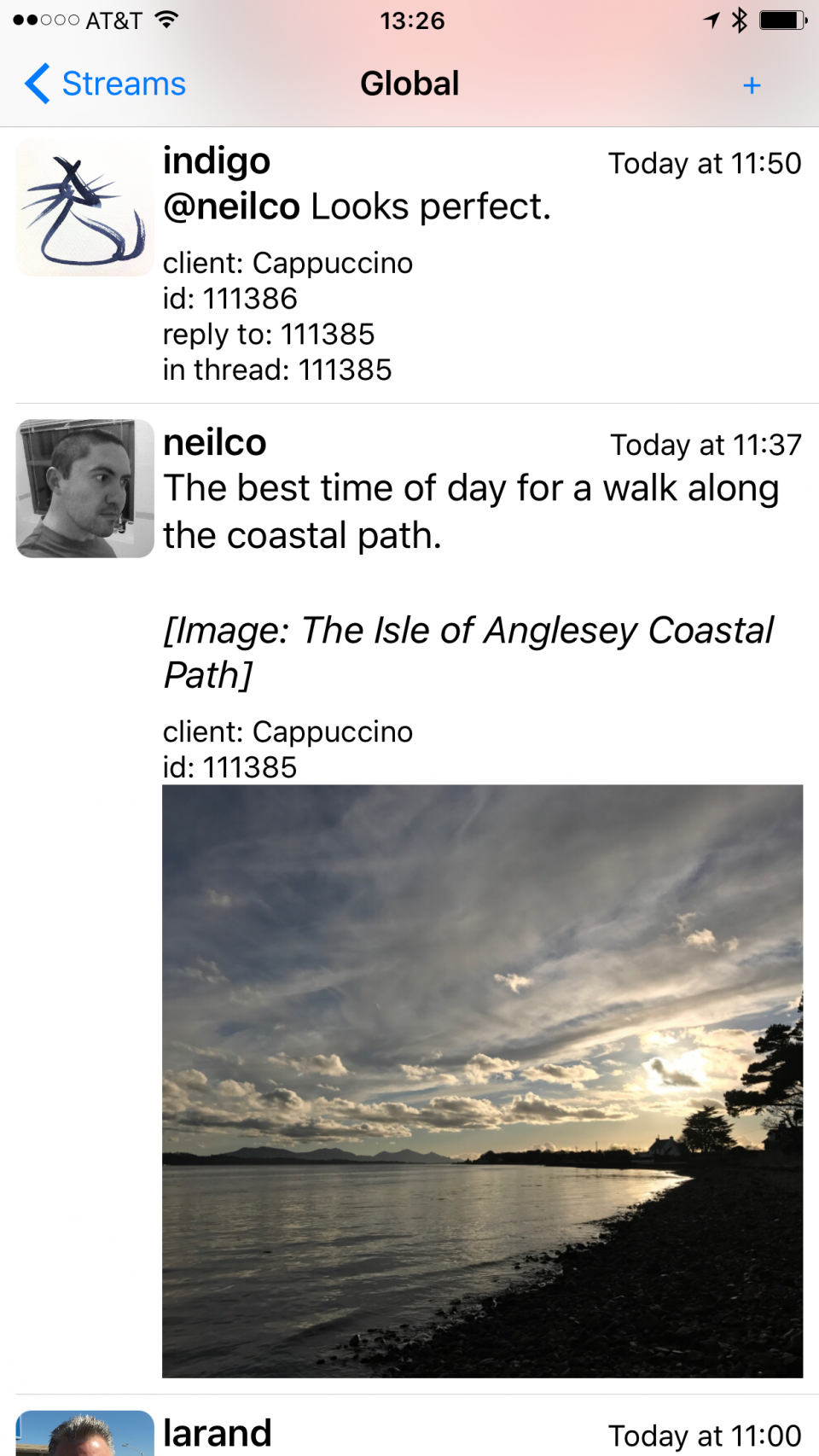 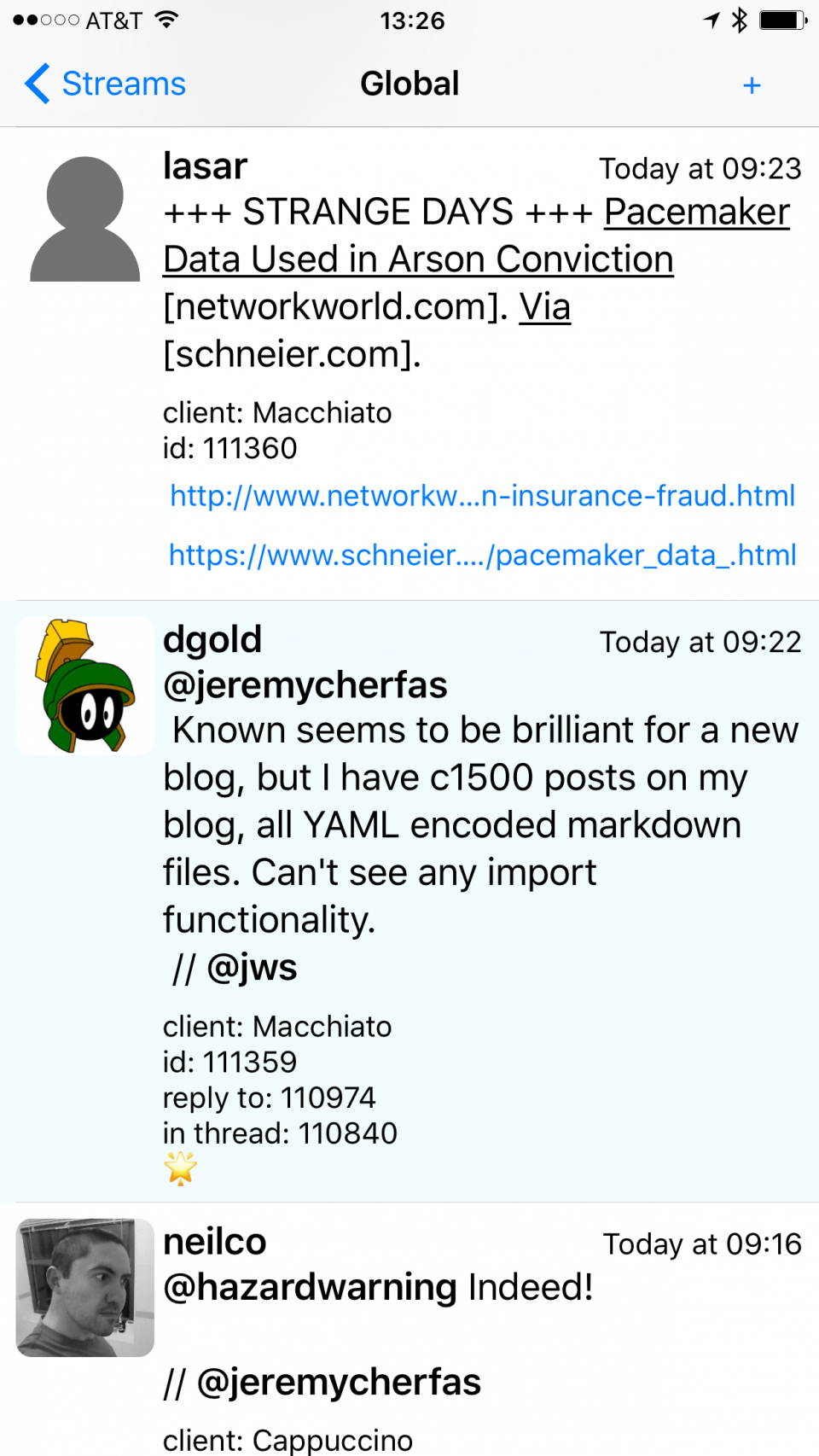 The major change in this release is displaying posts as rich text. At last, the computer is now parsing the markup rather than you! I took the unusual tack of rendering the post HTML rather than the post Markdown text in order to ensure faithful rendering of The Official 10C Markdown, rather than risk fragmenting the dialect based on who's viewing posts in what client.

Image display is what I plan to work on next, because the timeline is looking a bit drab without them. As always, you can see what I'm up to by peeping the Issue Board.

Thanks for beta-testing Macchiato! 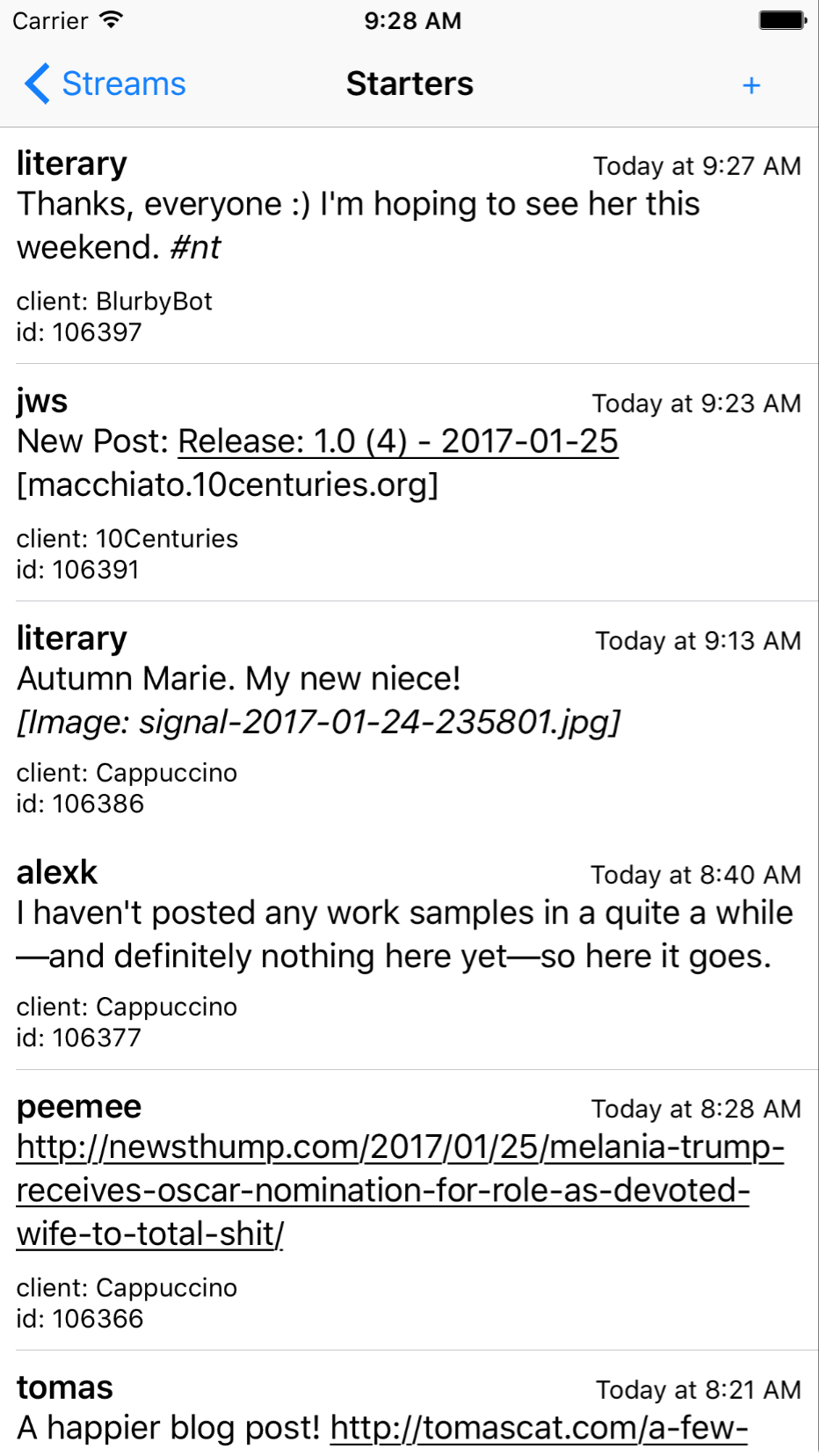 Beta testers should be receiving an email from TestFlight shortly about a new build being available. It'll be good for 60 days, which is good, because in about 35, my second-born should actually be adding the "-born" part to their CV.

If you run into something, please file an issue on GitLab. This will ensure it doesn't get lost in the shuffle. Thanks!